How to print from legacy applications and platforms

Printfil is an application which allows printing to windows printers from legacy platforms like MS DOS, Unix and Linux via tlnet or other terminal emulator software. It is also possible to print to USB easily.
PRN2FILE
PRN is well known as a short term for print and used an acronym since the DOS ages. In DOS the command PRN was used for the standard printer parallel Port, often also named as LPT1. The application DOSPRN simulates this. In this ages the LPT1 post was the only and dedicated port for printing and USB, network, Bluetooth and WiFi was not intended or used for printers.
With Windows a special kind of FILE was used to send the printing data to the printer. Creating such a file was easy for windows programs and applications., allows selecting to FILE as destination instead of a physical printer.
On some situations redirecting a print job to a file on disk is desirable because, for example, the real destination printer is not available in that moment, or just because we want to read a job on screen and trash it immediately, without wasting paper and ink for an unnecessary hardcopy.
How to print a PRN FILE in Windows
As we've said above a PRN file is a file on disk created by the Print to file option of a Windows program.
That file can be read on screen with the Windows Notepad only if you've choosen a "Generic / Text Only" printer when creating it because this way Windows normally creates a file containing a graphical print job, specifically designed to be PRINTED (not shown on screen) with the same printer originally selected when creating the file itself.
That file can be printed with a different printer model only if the printer driver originally selected was for a printer supporting a standard graphical language like HP-PCL or PostScript.
For example, if you did select a HP-PCL printer driver when creating the DOS PRN file, then that file can be printed to any HP-PCL capable printer, even if the printer is not exactly the same model selected when creating the file.
The same applies if you created the file by selecting a PostScript printer driver, but a PRN file containing PostScript data cannot be printed with an PCL capable printer, and a PRN file containing PCL data cannot be printed with a PostScript capable printer.
If instead you selected a GDI (also known as Windows-Only) printer when creating the DOS PRN file, then that file can be correctly printed only by that very same physical printer model later on.
Unfortunately, Windows allows easily creating a PRN file, but then there's no easy way to physically print it to a compatible printer.
Printfil easily overcomes this limit however. You just have to drag and drop the PRN file over the Printfil's icon on the desktop, then it will ask you to choose the destination printer on screen and Printfil will send the file there. That's all.
If you did choose to "associate DOS PRN files with Printfil" when requested during the Printfil installation, then a simple double-click on the PRN file is sufficient to print it. 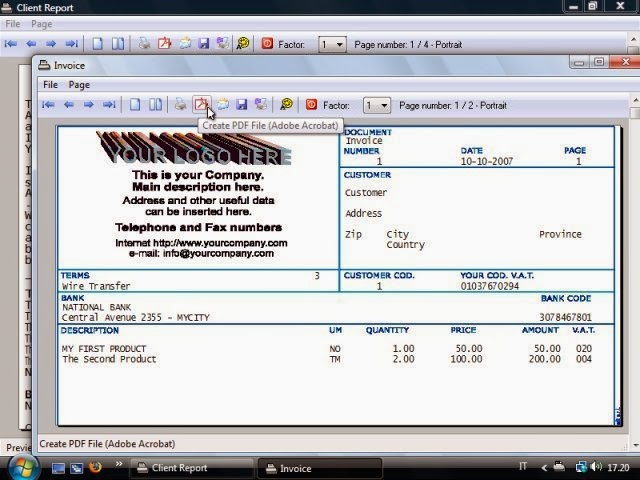