The national debt of countries represents how much money the government of that country owes. Like a household budget, national debt gets larger when a government spends more than it takes in. This can continue for years, or even decades. This budget deficit is the total amount of this debt that has grown over time, with interest charged adding significantly to the amount owed by the government. 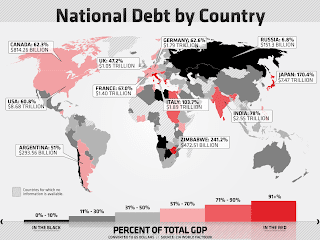 The gross domestic product of a country is the market value of all of the products and services that a country produces in one year. This includes spending that is done by the citizens of the country and by the government of that country. It includes the value of items produced within the county and exported elsewhere, but it does not include the value of any imported items. The GDP is the primary way to calculate the size and status of the economy of a country as a whole. It is calculated quarterly as well as yearly.
Finch Credit Rating (click on the map to enlarge): 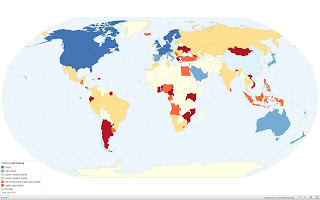 Standard & Poors Credit Rating (click on the map to enlarge): 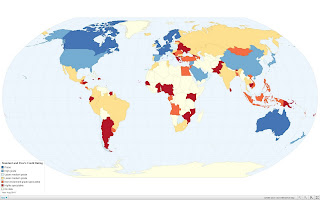 Moody's Credit Rating (click on the map to enlarge): 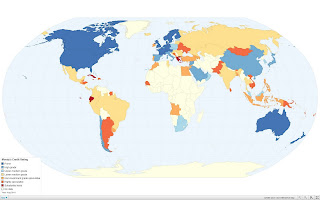